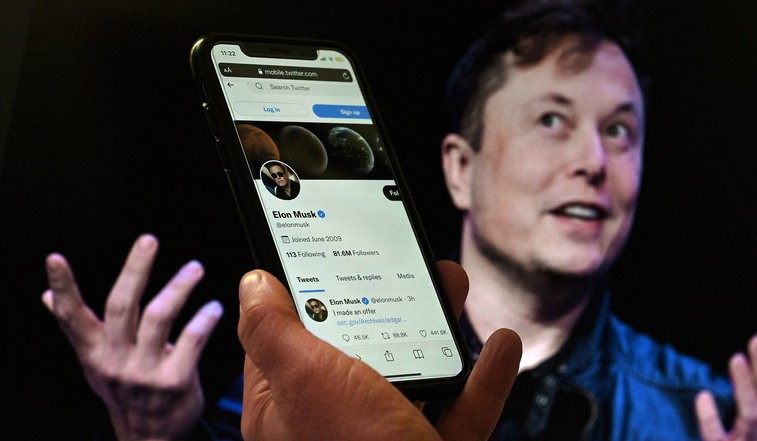 (FILES) In this file photo illustration, a phone screen displays the Twitter account of Elon Musk with a photo of him shown in the background, on April 14, 2022, in Washington, DC. - The court battle between Elon Musk and Twitter kicked off on July 19, 2022, as the social media firm tries to force the entrepreneur to honor their $44 billion buyout deal. The first hearing will center on Twitter's push to set a trial date for as early as September in a case that has massive stakes for both parties. (Photo by Olivier DOULIERY / AFP) 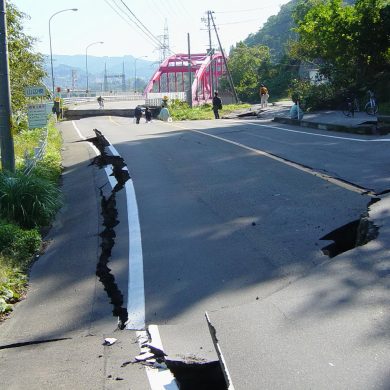