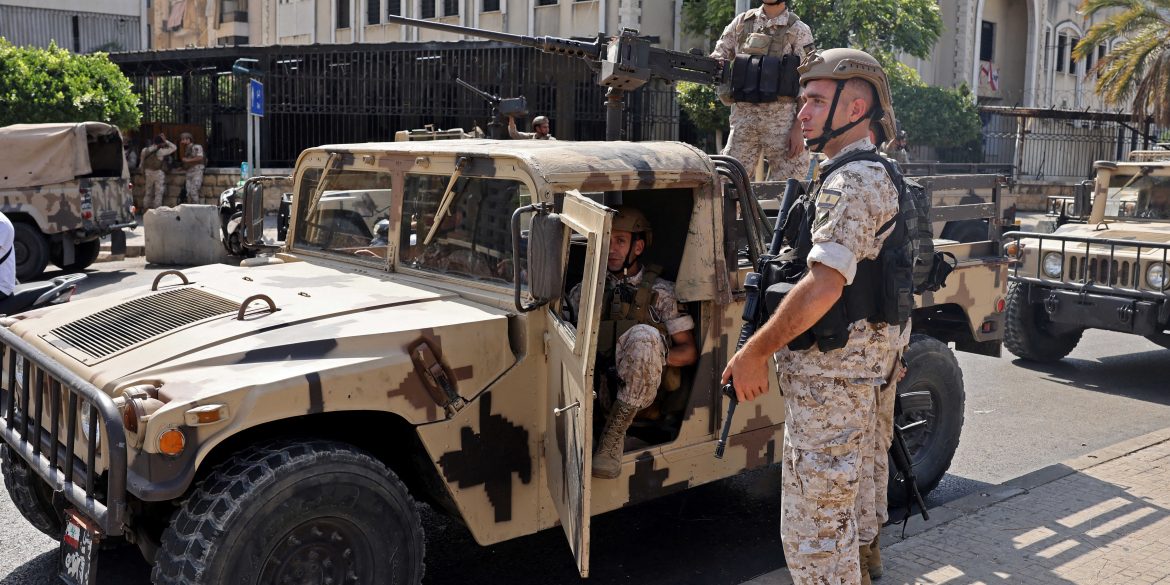 Lebanese Army soldiers take a position in the area of Tayouneh, in the southern suburb of the capital Beirut on October 14, 2021, after clashes following a demonstration by supporters of Hezbollah and the Amal movement. - Gunfire killed at least three people and wounded 20 at a Beirut rally organised by the Shiite Hezbollah and Amal movements to demand the dismissal of the Beirut blast lead investigator, the state-run National News Agency said. (Photo by JOSEPH EID / AFP) 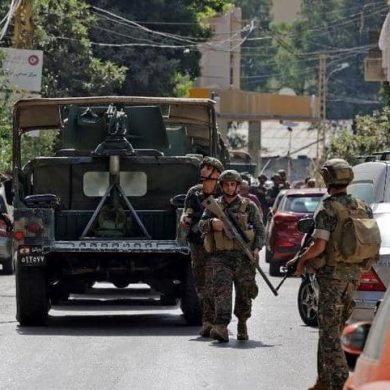