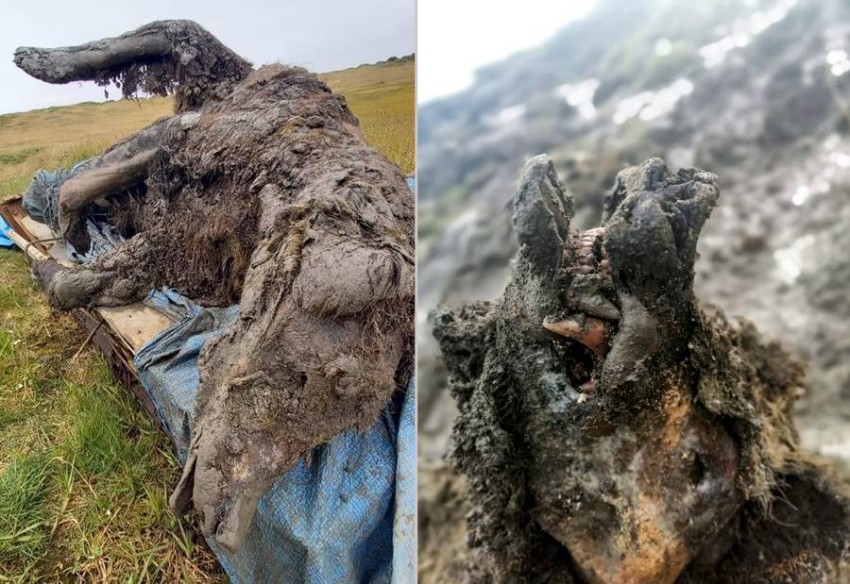 In this undated photo released by North-Eastern Federal University, a carcass of an Ice Age cave bear found on Bolshoy Lyakhovsky Island, or Great Lyakhovsky, the largest of the Lyakhovsky Islands belonging to the New Siberian Islands archipelago between the Laptev Sea and the East Siberian Sea in northern Russia. Reindeer herders in a Russian Arctic archipelago have found an immaculately preserved carcass of an Ice Age cave bear revealed by the melting permafrost, which has all its internal organs, teeth and even its nose intact. (North-Eastern Federal University via AP)