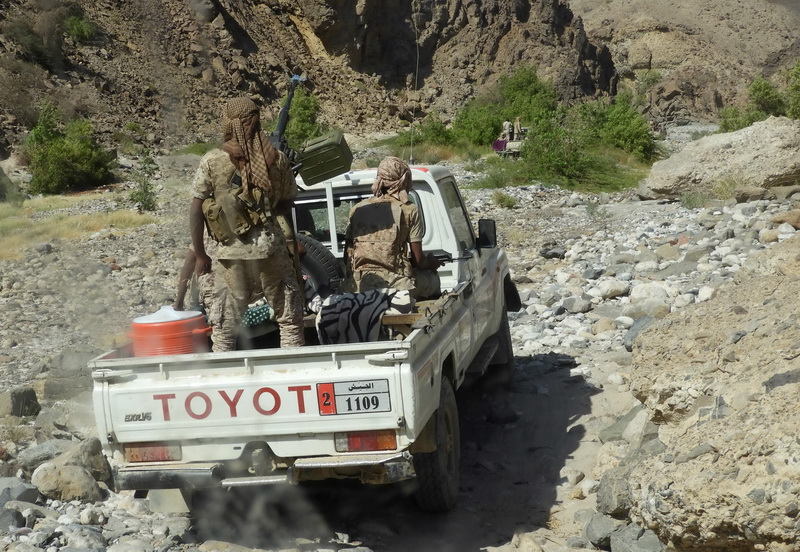 Yemeni fighters loyal to the government backed by the Saudi-led coalition fighting in the country ride in the back of a pickup truck with mounted heavy machine gun while closing in on a suspected location of an Al-Qaeda in the Arabian Peninsula (AQAP) leader during their the offensive in the Mesini Valley in the vast province of Hadramawt on February 21, 2018. Yemeni special forces trained by the United Arab Emirates -- a key member of a Saudi-led alliance fighting alongside Yemen's government forces -- had in the previous week launched the offensive, codenamed "Al-Faisal", against Al-Qaeda cells in oil-rich Hadramawt province. Two soldiers were killed on February 17 in the offensive, which targets the Mesini and Amed Valleys in Hadramawt and which are critical in the control over Yemen's southeastern coastline. / AFP / SALEH AL-OBEIDI 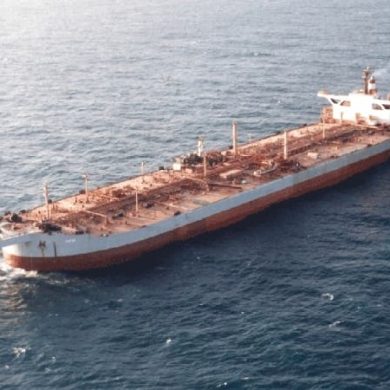